Lately I had some fun with Unicode in CSS and made several interesting background patterns with them. There's one on CodePen.

I haven't fully explored the whole Unicode table yet but I'd like to share some methods which are used to build those patterns. Hope this brings you some inspirations for web design.

The way to use in CSS

Unicode characters can easily be added to the pseudo-elements, :before and :after, in the content property. The following code displays the arrow '→'.

A single character may not look anything special unless there are many of them being put together. One of the most common ways to do this is to put them into a grid. 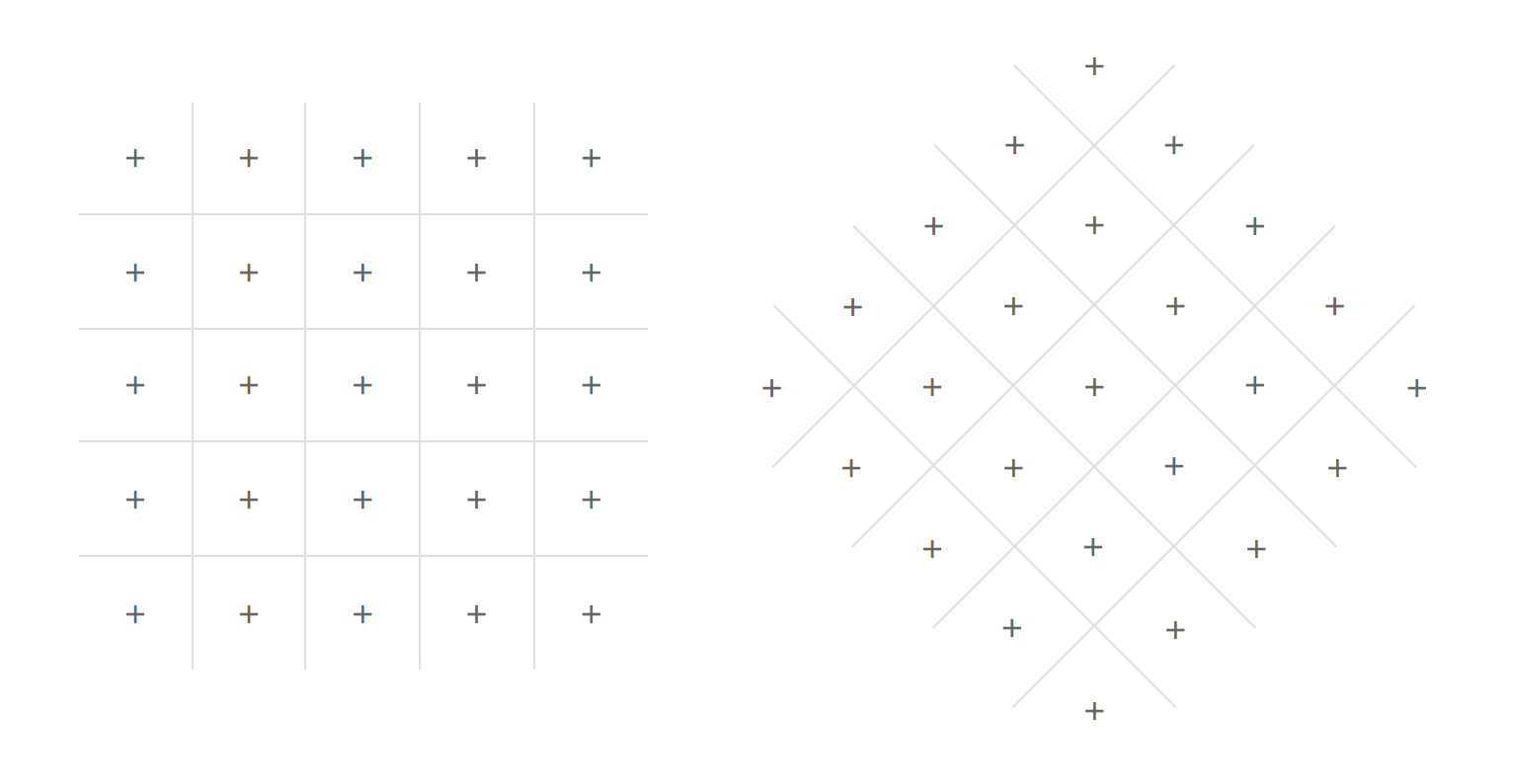 The result looks appealing most of the time after applying some random rotations and color palettes to the grid content. 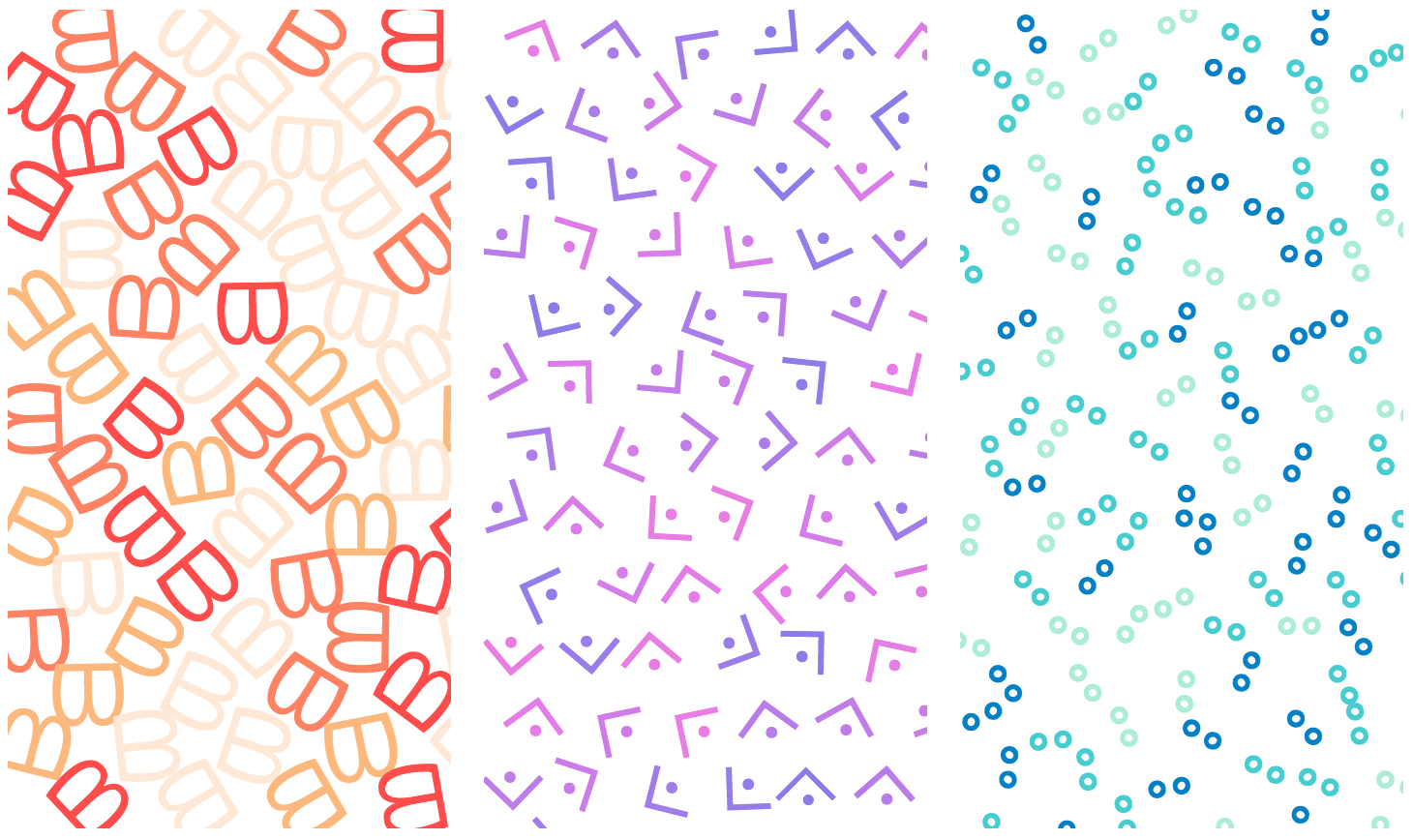 You can put different characters in the same grid. And if you're lucky, you would find several ranges of characters that fit together quite well. 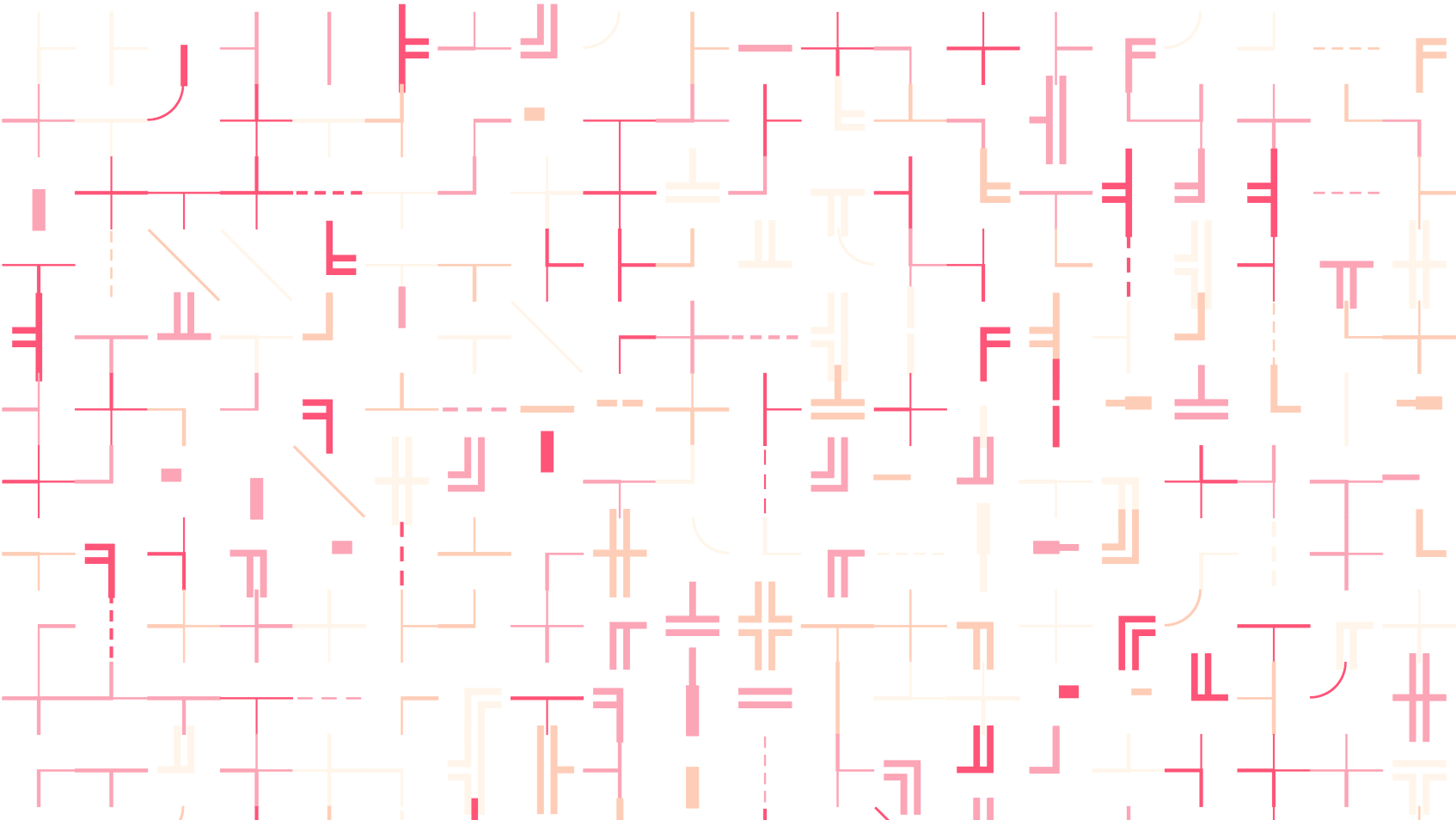 By only looking at the visual aspects of the characters you'll notice that Unicode provides a rich source of new shapes and patterns, which most of them are hard to draw in CSS.

Sometimes with small transformations to the same character, you'll get slighly different shapes. Take the wave character '⌇' for example.

So let's try to make something with random transformation for each one. Here is the result. 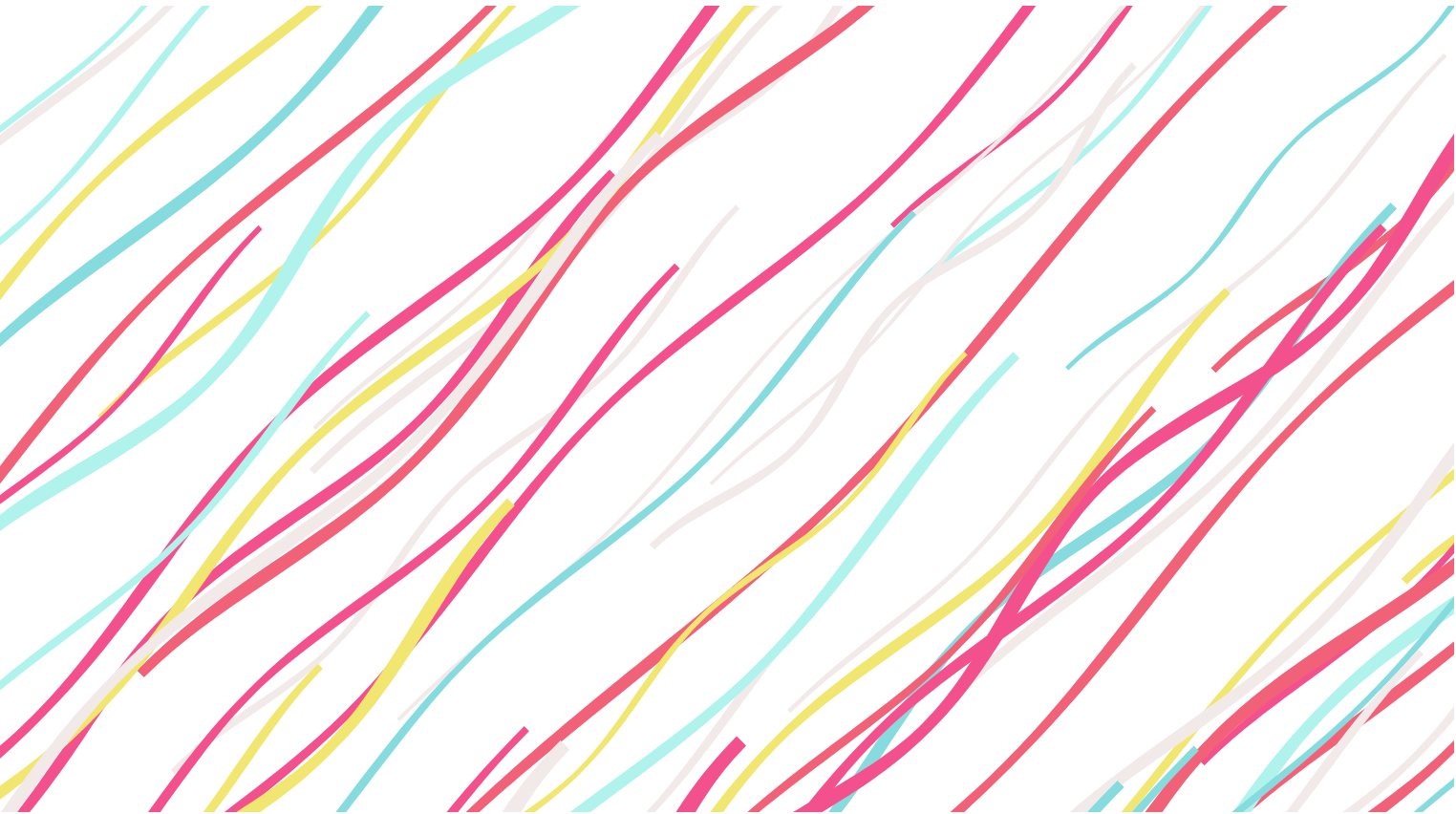 Or to place them around a circle along with the transformations. 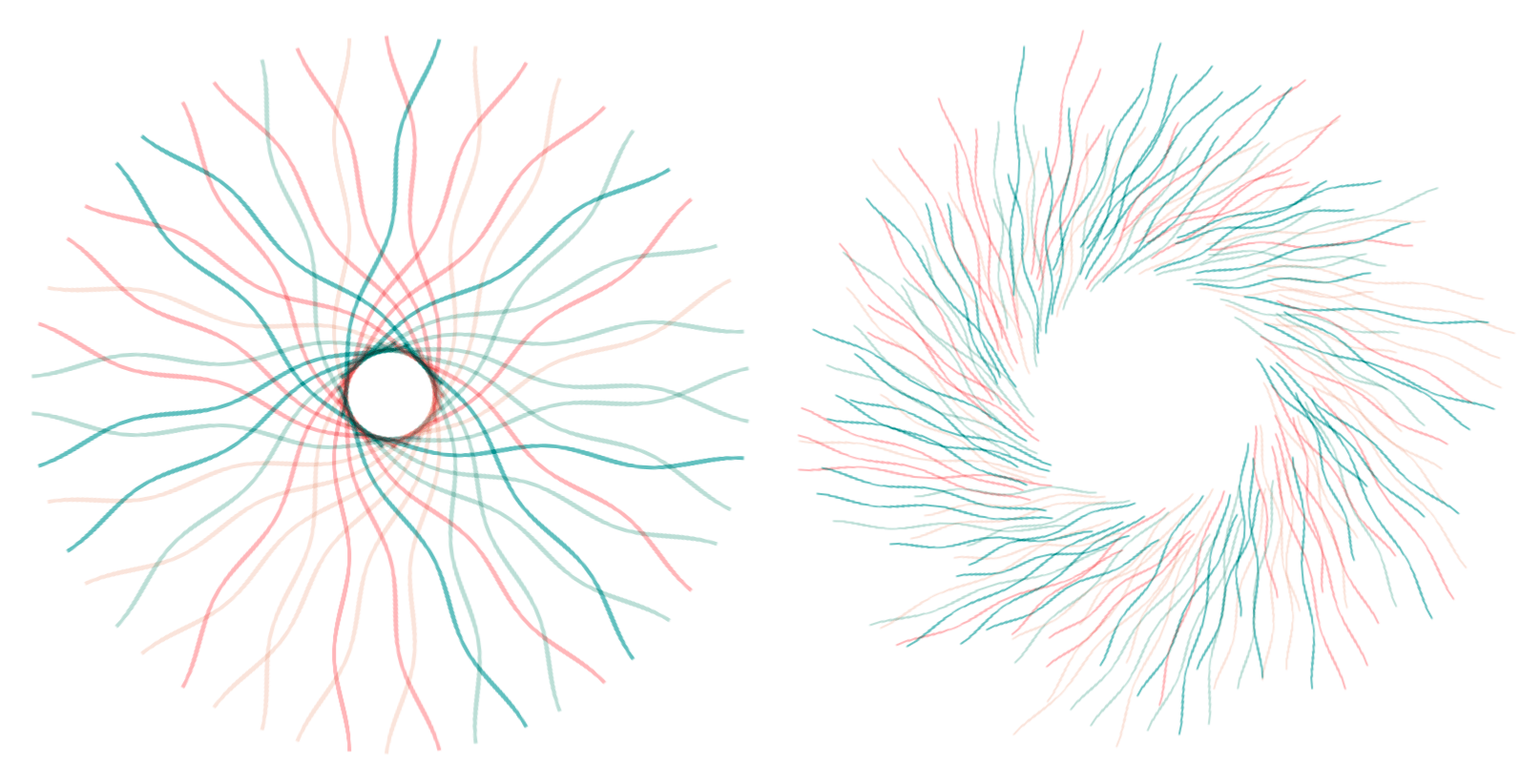 Note that in first graph above, part of the intersected curves formed by the shapes of the wave characters can be used as background as well. 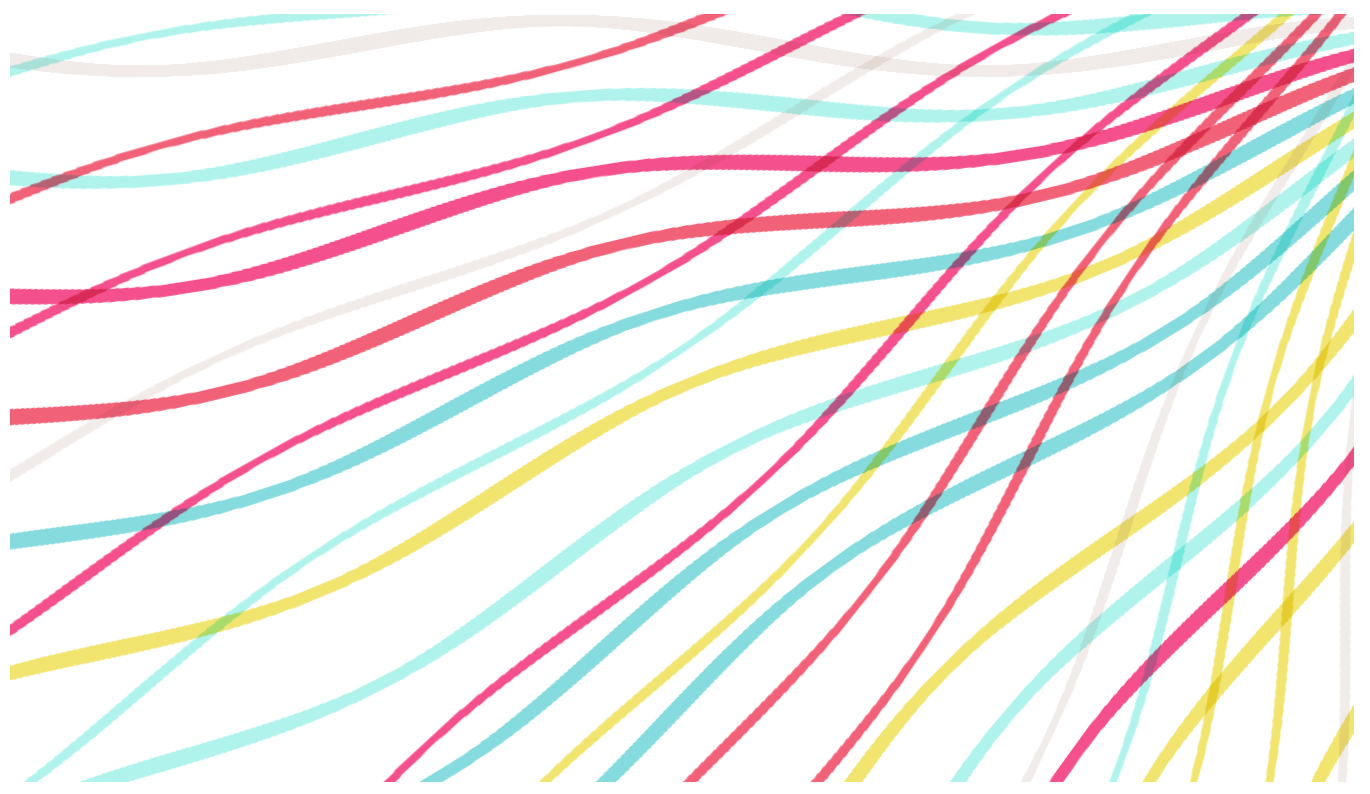 Comparing to the shapes hacked with HTML & CSS, one benefit of using Unicode characters is that it's easy to add variations through properties like font-family, font-weight etc.

With text mask we can use linear-gradient, radial-gradient and conic-gradient as background to decorate them.

As for linear-gradient and conic-gradient, one trick here is to randomize its gradient angle to get different visual results. 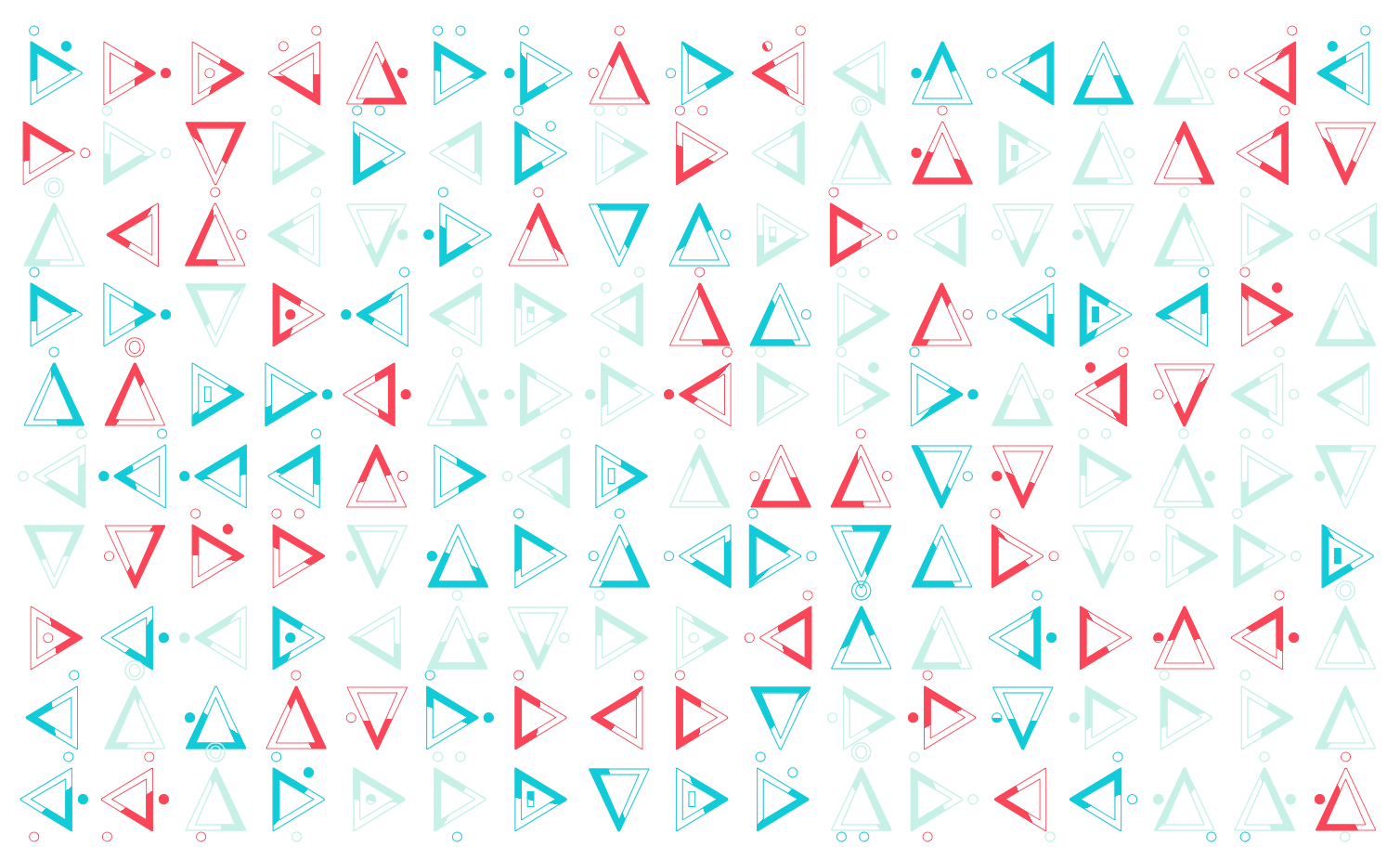 The background patterns in this article are all generated with css-doodle. They could also be generated in plain JavaScript or any other programming languages though.

CSS has its limit but I really love the way it is and I'm sure there are more beautiful things to be discovered.

(2018-06-06) Note:
Some of the examples may look awful on different browsers/platforms.